His first Brussels exhibition in 2013 was a surprise and a thrill that today’s paintings reawaken. The subject matter is roughly the same, portraits of kids and lanky adolescents, slender silhouettes whipped up in bright red or vivid blue that gradually appear in the open space of the picture. Resting on the table or the ground, still lifes gently glisten in an all-enveloping light that kindles the whites of the leeks, the bright greens of the cabbages, the oranges of the squashes, and the almost Egyptian blue of the gas cylinder between the bucket and the cauldron. All of this is presented simply, humbly, in the manner of an erstwhile Chardin or a Morandi. The multi-layered paint is that much richer, and the poetics, much more striking. The landscapes, of just earth and sky, are totally silent and gain by degrees in luminosity, strength and mystery. The bodies of the young models, and even more so their faces, appear before us on their own in the dense weave, at times fierce and bright, of the facture. 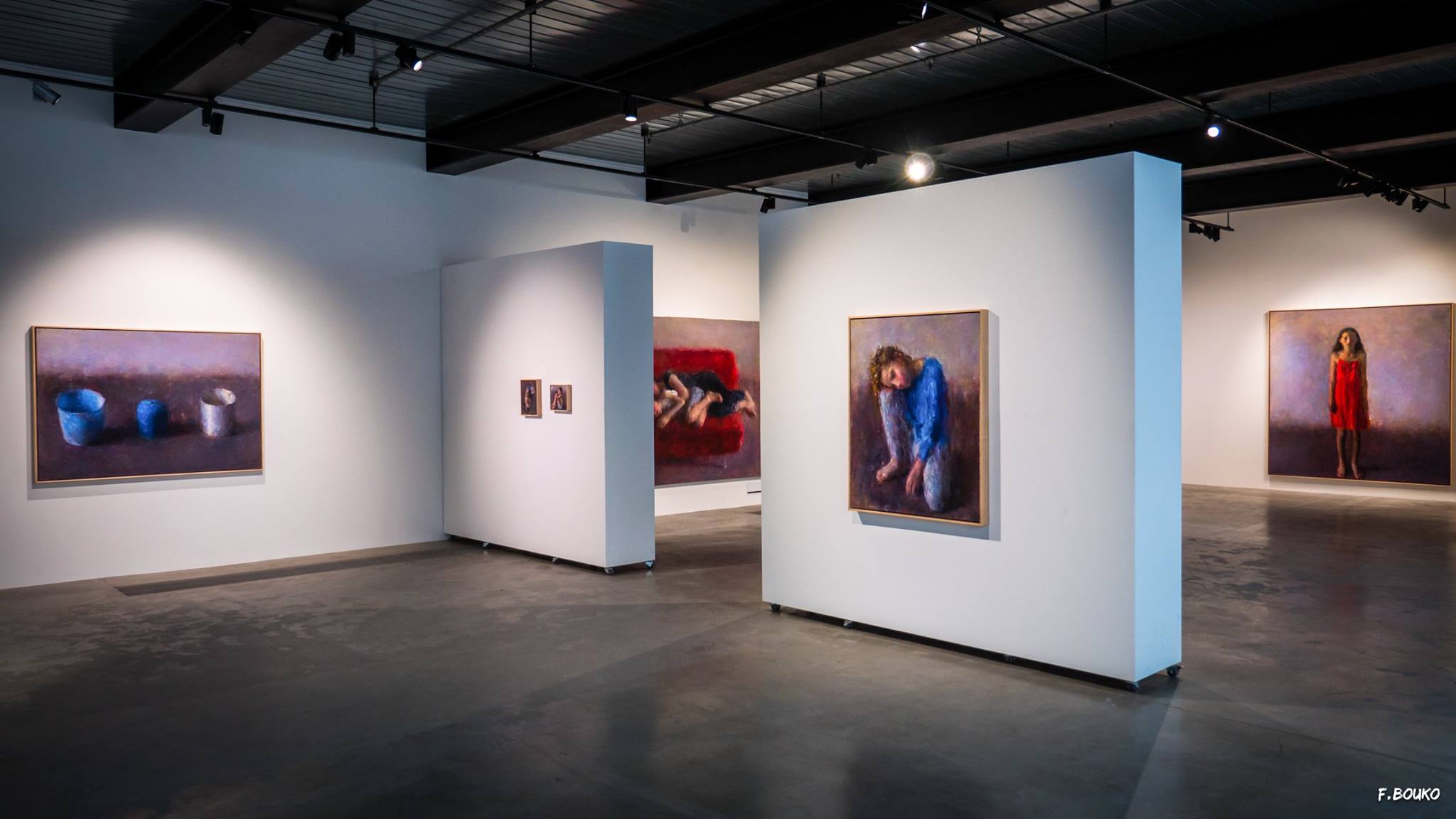 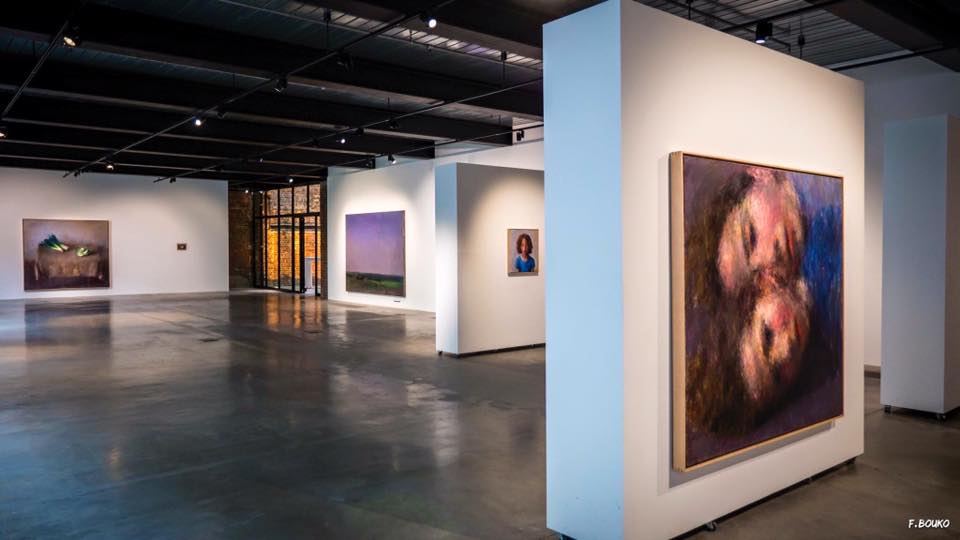 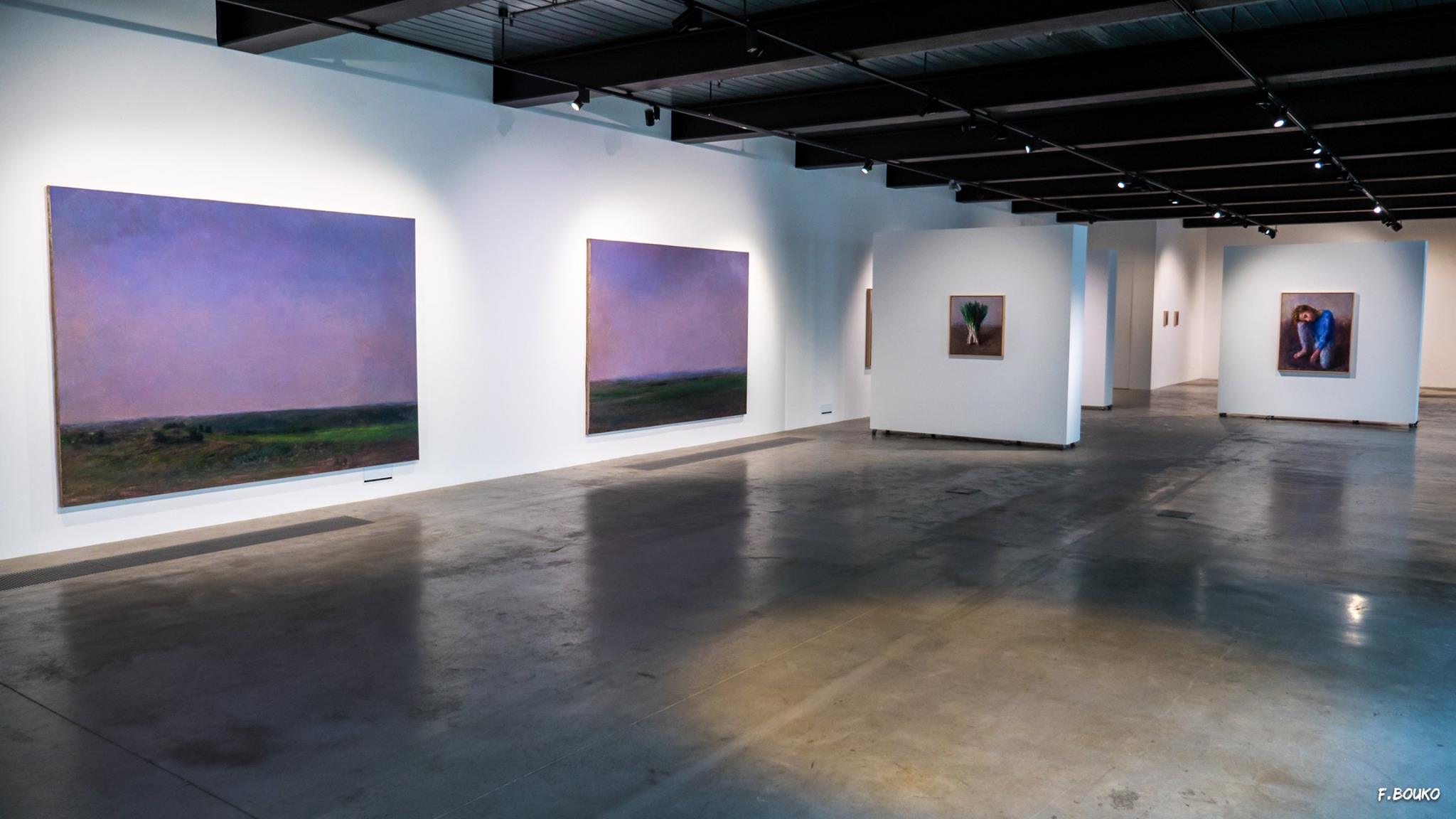 Given its imagery and its handling, this uncluttered, delicate, meditative intimism pertains wholeheartedly to classicism. Yet however respectful it is of that heritage, Daniel Enkaoua’s painting is very much of our time, the bearer of seemingly subtle but decisive visual freedoms. Such as a way of painting that involves starting far from the centre of the picture and approaching this little by little, advancing prudently so as not to lose the thread, to maintain the wavering of appearance at the threshold of the image. Like this, the visions float, suspended, aleatory, wrested from real time. One also observes a serried, dense mesh, decidedly looser in handling at times, the effect of which is to impart an intense vibration to the figure. In Liel vu à l’envers, the body of the little boy, seen from a low angle, is seemingly transpierced by space and yet in symbiosis with it. ?Daniel Enkaoua paints the vibratory energy field emanating from the person and also surrounding him. And the way this personal halo, this radiation encounters physical space, blends into it in the play of reciprocal pressure. Space, says the painter, is never empty. In Natan, les genoux pliés, the seated child, his arms around his knees, grows out of the matter which fashions him, sculpts him, so to speak, bearing witness to the contingency and the concentration of spaces that interpenetrate. This is also obvious in Natan et Sarah en rouge, a magnificent painting in which mother and child, coiled up on a couch of flamboyant ruby red, form a sort of nucleus indissociable from their surroundings. This feeling of fusion is accentuated by the hazy grey of the background, the muted mauves tinted with earth brown, the prevailing blurriness.
The smallest as well as the biggest of the works hung in this studied arrangement, which permits each of them to breathe, has the capacity, exceedingly rare in the art of today, to command the attention of the viewer and to place him on the alert. However anodyne the subject matter, something akin to transfiguration, to extreme spirituality, is in evidence. Enkaoua paints the heart of things, the way in which they show themselves to the world. His ability to resonate in harmony with the initial simplicity of a sky, a face, a fruit or a vegetable gorged with light is not given to just anyone. It calls for a thorough knowledge of the language of painting in all its complexity to master colour values, passages, dissidences in this way… And then all this science must be placed in abeyance so that what is most naked, most vulnerable, most astonishing about the beauty of living things is manifested. And even this does not suffice. It is necessary to persist, day after day, in this exercise of patience and volition, to track down and paint the evasive secret.
Despite having acquired an international reputation, Enkaoua has never departed from this truth, painting and repainting the aura of human beings and of things in their living space. Giacometti is almost alone, it seems to me, in having shown, in sculpture, how the human or animal figure created its own light by grappling with the infinite nature of the world and by hollowing out its own solitary, solidary niche therein. Likewise, Enkaoua focuses on the slight, metaphysical astonishment of the human being stuck in the middle of nowhere, even with he has a home of his own, and on the wavering this astonishment impresses on space.
Danièle Gillemon
September 2015 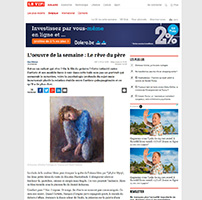 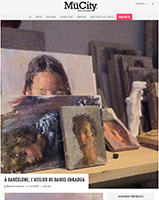 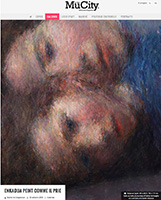