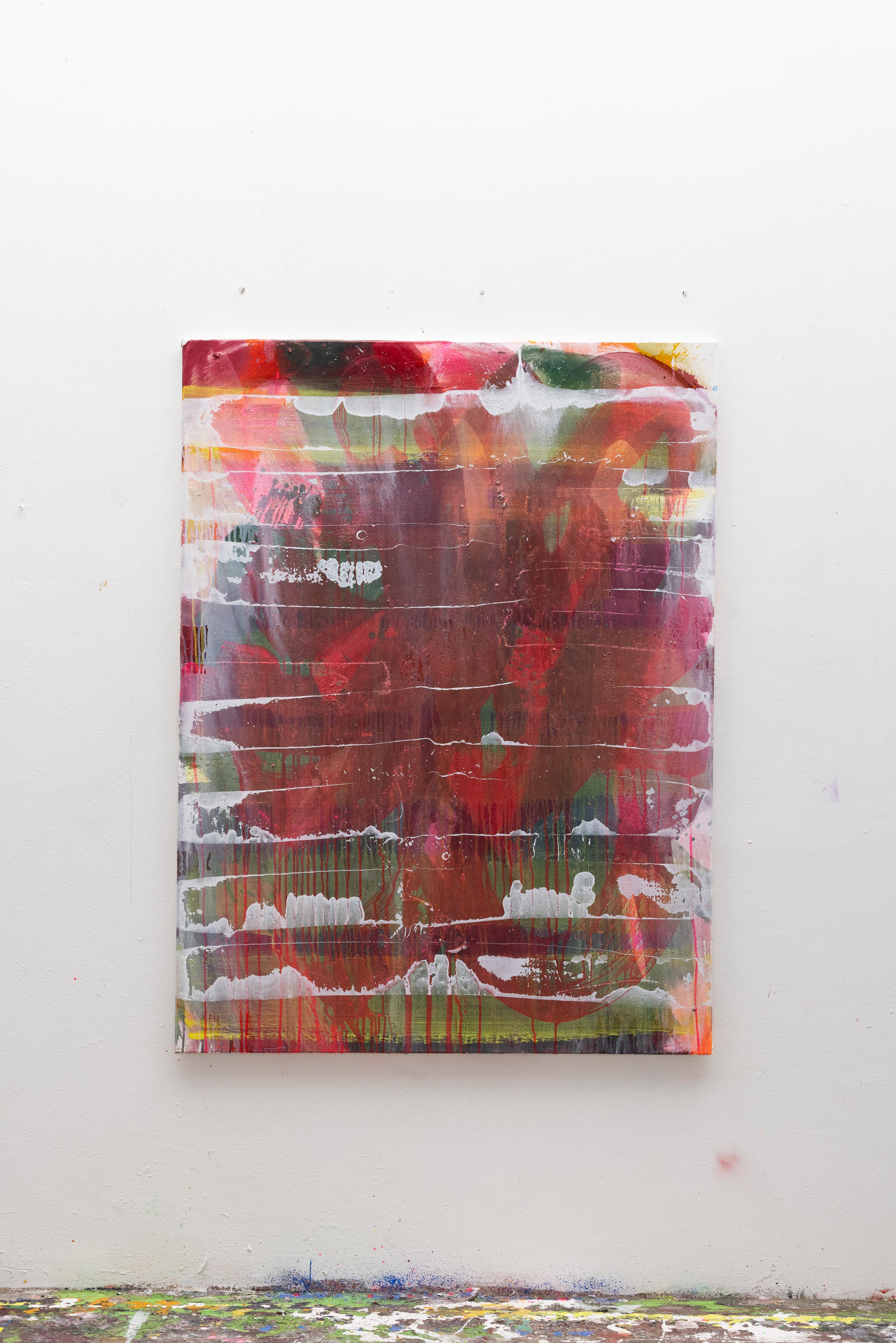 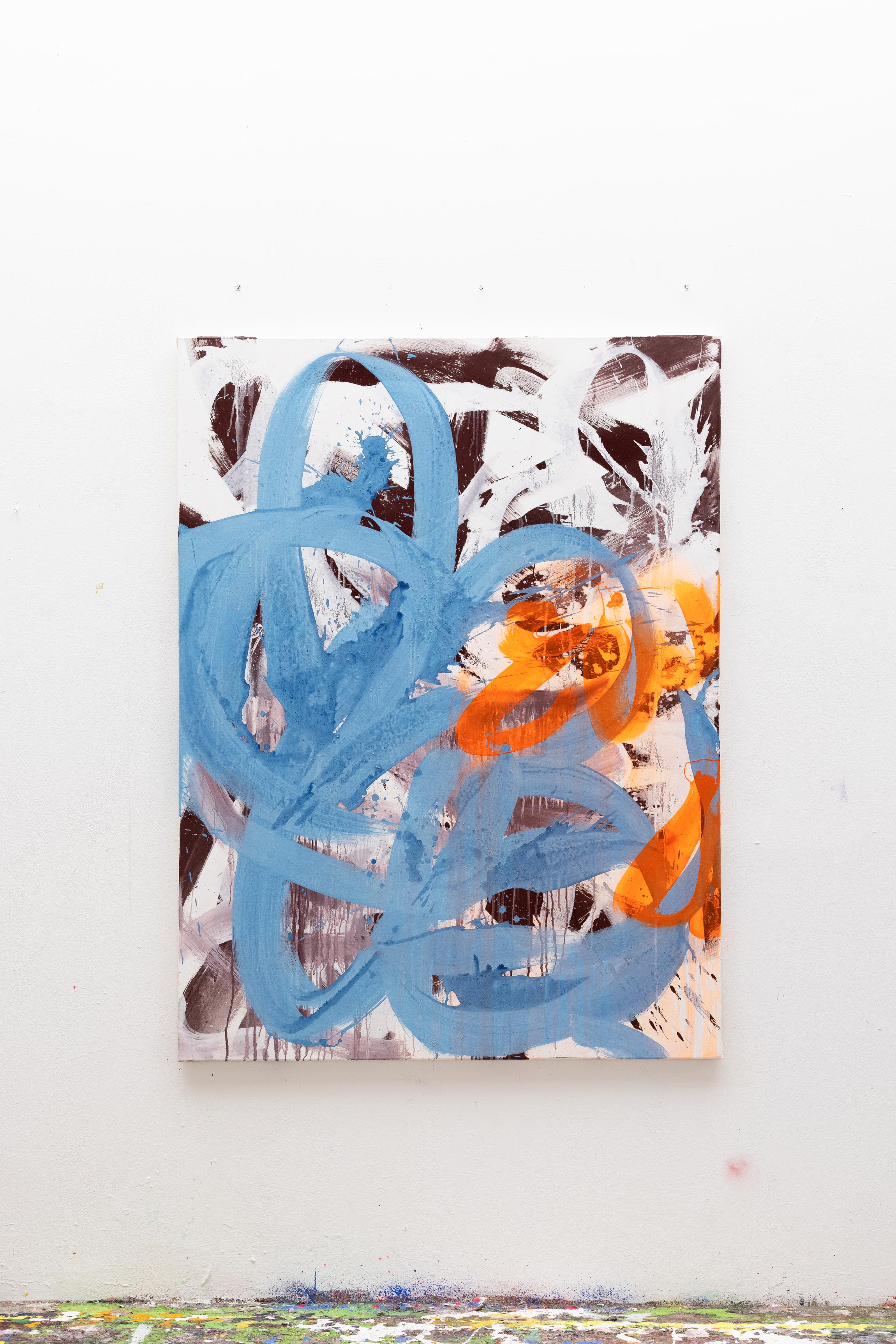 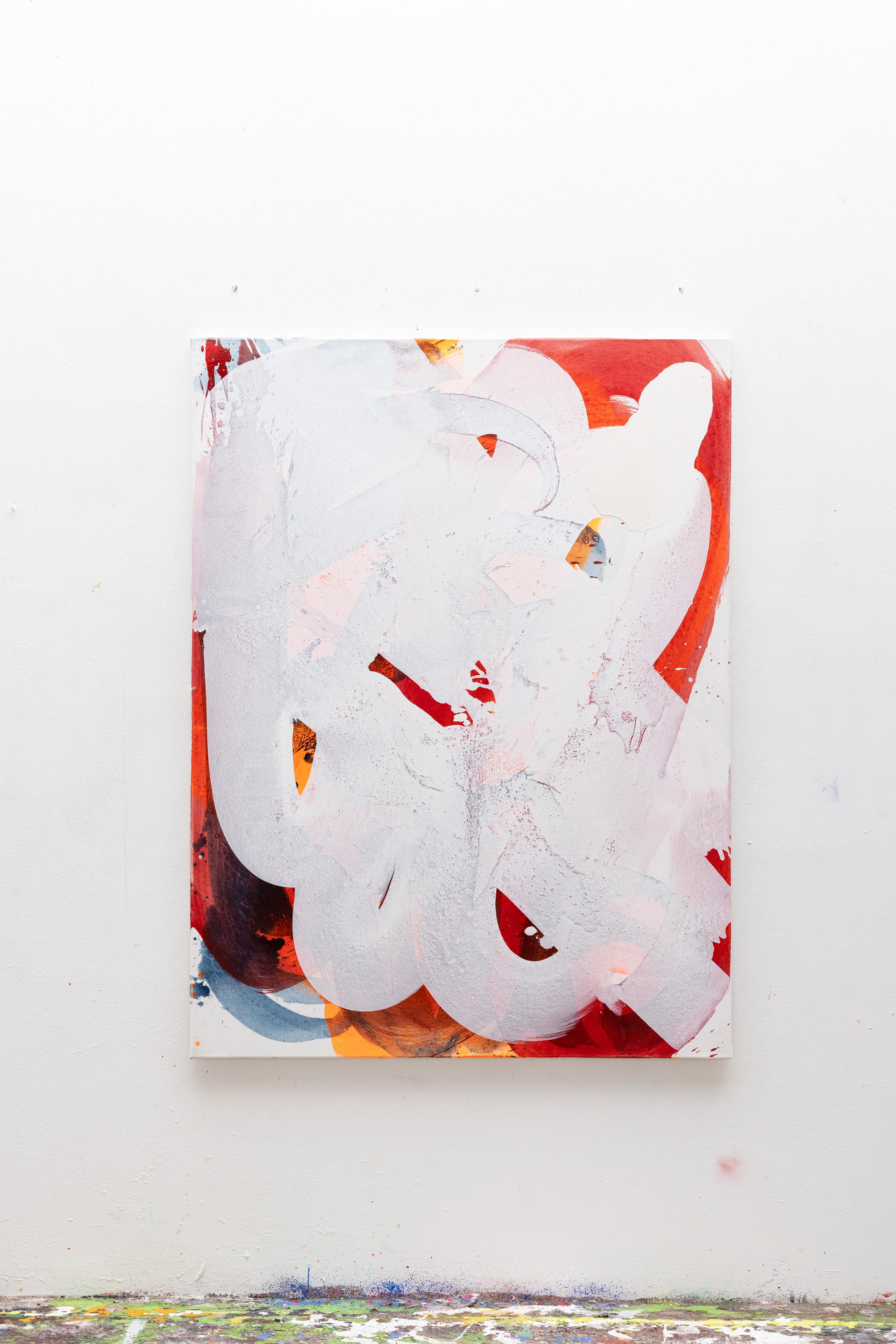 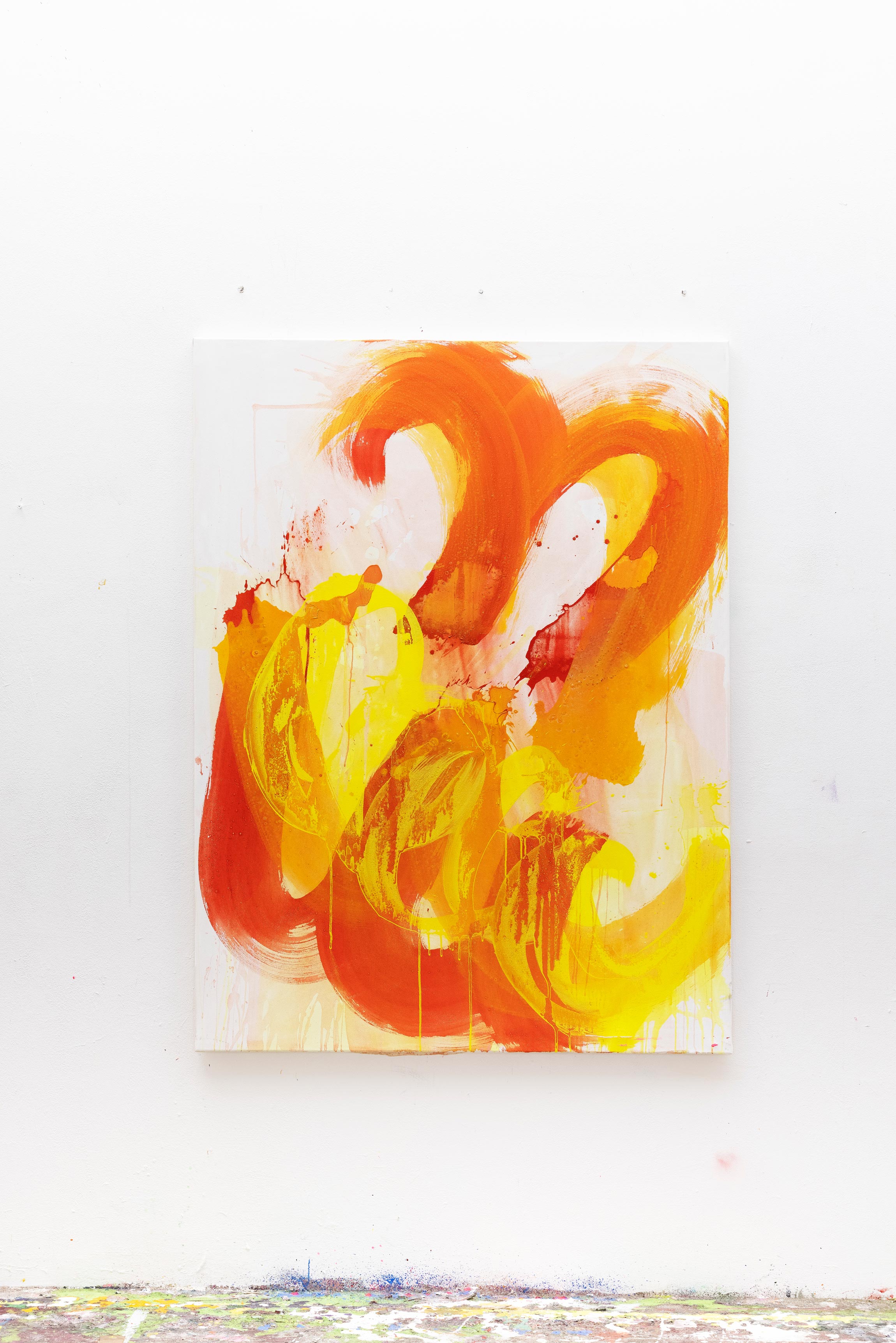 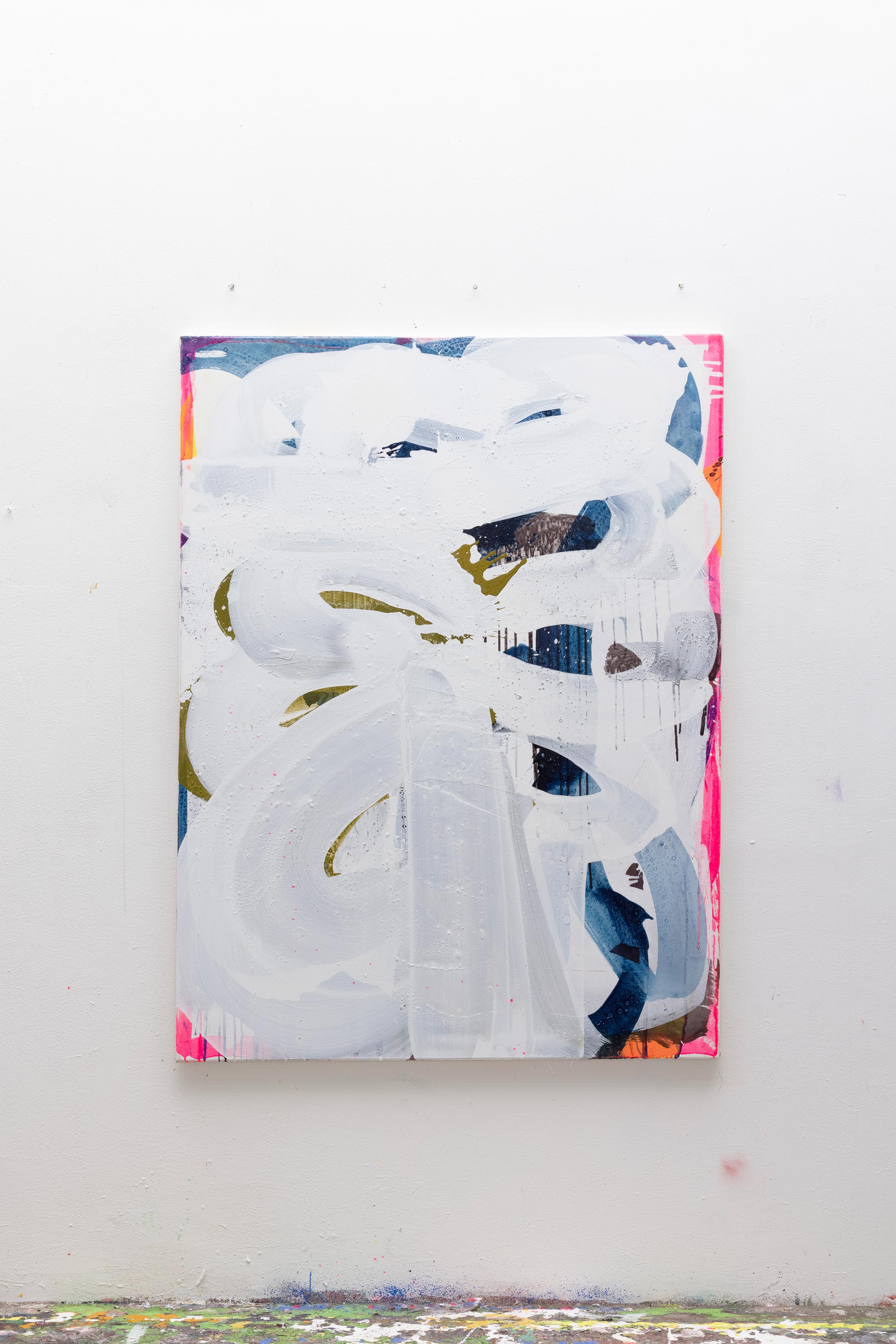 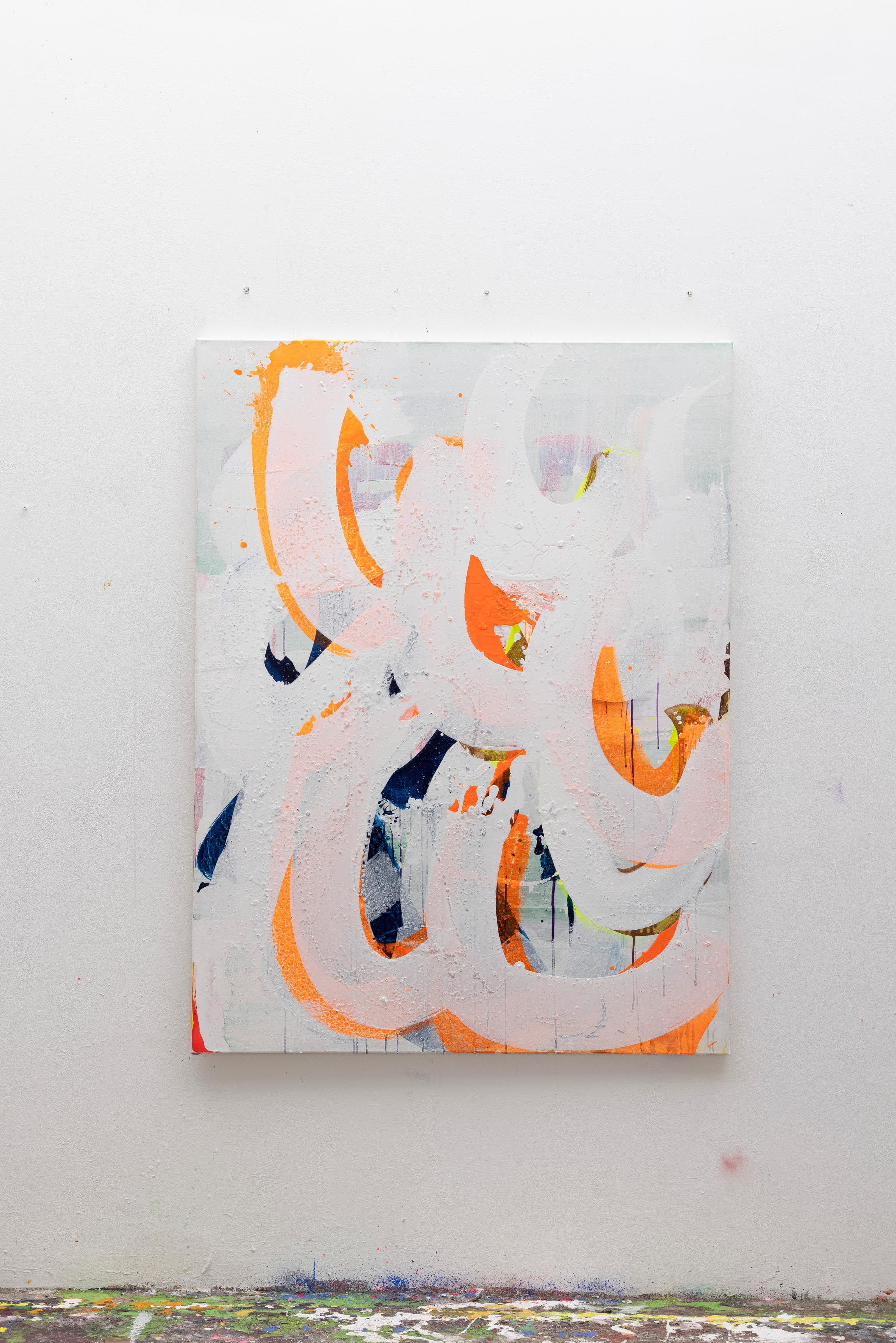 The gallery is known for its dedication to promoting women artists with a particular soft spot on those vibrant and confident woman painters – “Malerinnen” – of the German contemporary art scene.

“Lust auf Kunst” – Art that makes you happy and keeps you going- is the Leitmotif and sets the tone of this solo exhibition entitled “SPACE ODDITIES “ – presenting a playful and fun side of straight forward abstract painting which comes along with a certain nonchalance and lightness of being, so much needed in these challenging times.

“Upon seeing Sabine Tress’ painting around 2008 I instantly responded to what I perceived to be a playful pop-art vibe combined with a quick and direct non-objectivity. I find many of the same elements, mentioned above, at play in Tress’ recent work (not the least of which is the aforementioned confidence). Sabine’s paintings allow “air” to pass around and through her forms. This effect is no less intense and implies an energy of fluidity and the sometimes ephemerality of her brushstrokes as they careen toward expressions of enlightenment.”

Quotation from a text written by Paul Behnke for the show “They Make a Noise Like Feathers”, Sabine Tress and Karl Bielik, at Monklike Habits, 2020