Britta Bogers
Britta Bogers experiments with serial variations on basic abstract forms of color and line. Starting with graphic formulas that sometimes recall speech balloons, labels, or cut-out patterns, she creates constellations of elements that resemble each other and cover the surfaces of large sheets of paper; their arrangement, however, permits the viewer to see obvious deviations, reflecting individual work processes. In this way, Bogers creates an open, provisory visual order, whose internal balance must be continually put to the test—therefore keeping the viewer’s eye in constant motion. On smaller-sized paper and high-density fiberboard, however, the works consist of more compact visual constructs and inventive forms, which Bogers derives from the interplay of painting and drawing.
Stefan Rasche

Martina Geccelli
As a sculptor Martina Geccelli has, for the last 20 years, predominantly been working with photography. In taking photographs of domestic and simple objects she explores spatial relationships; the interdependence of objects to space, colour and light. Over the years, the works have evolved; moving through narrative and abstraction to nonobjective works. To further explore the potential of nonobjective consciousness, necessitated a return to the haptic engagement with material of sculpture and painting,
Working with basic materials, paper or clay, paint and glaze, she further defines her concerns in spatial orientation. Employing the interplay of line, shapes and colour she has developed exciting sensual images.
Sotirakis Charalambou 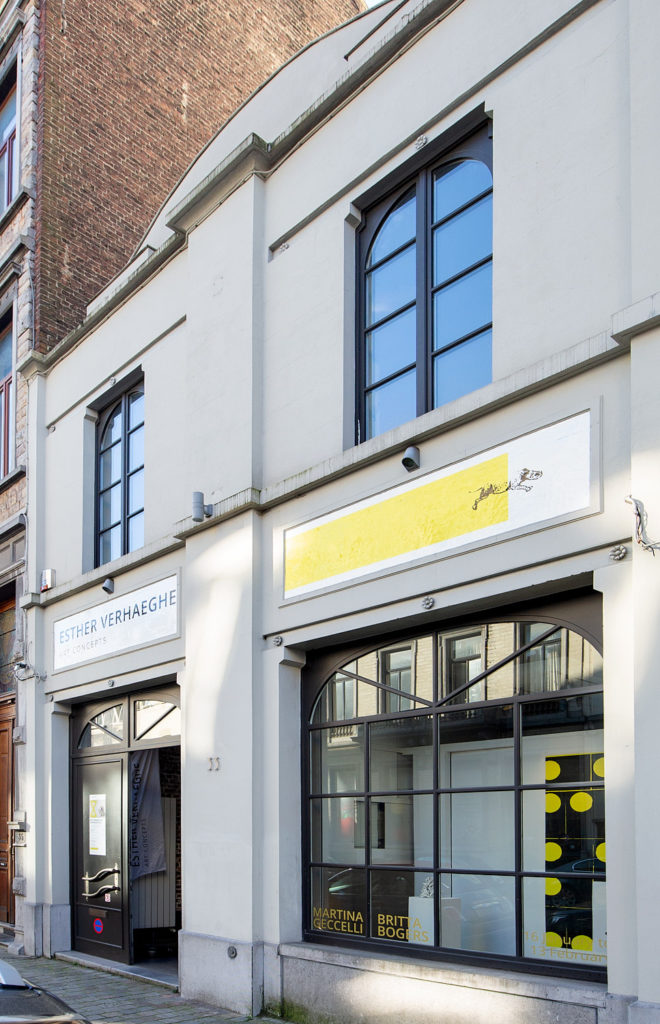 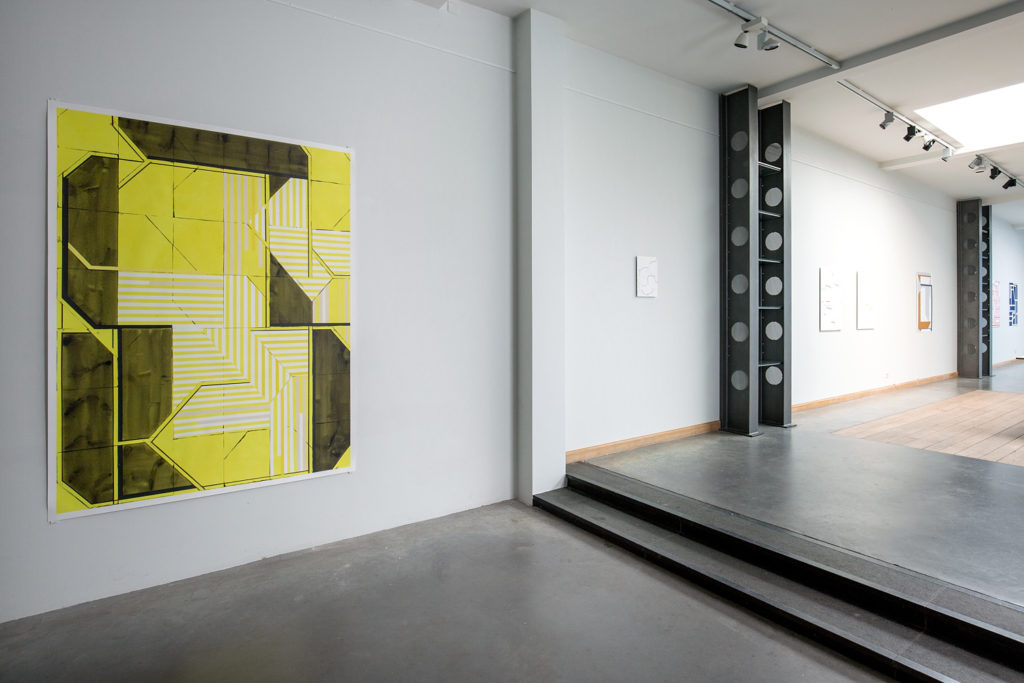 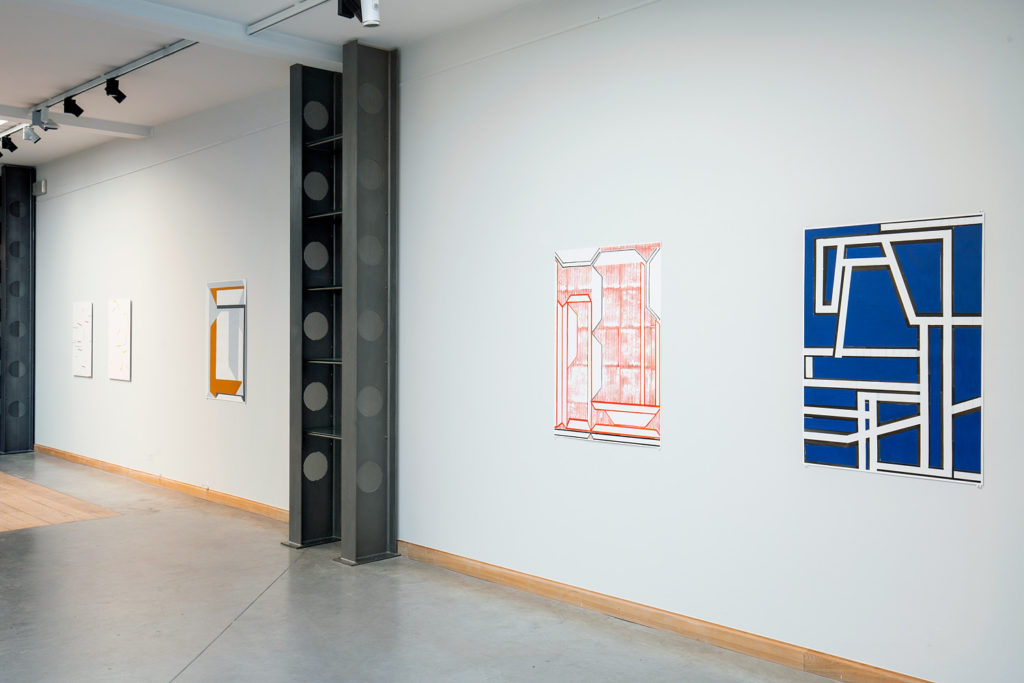 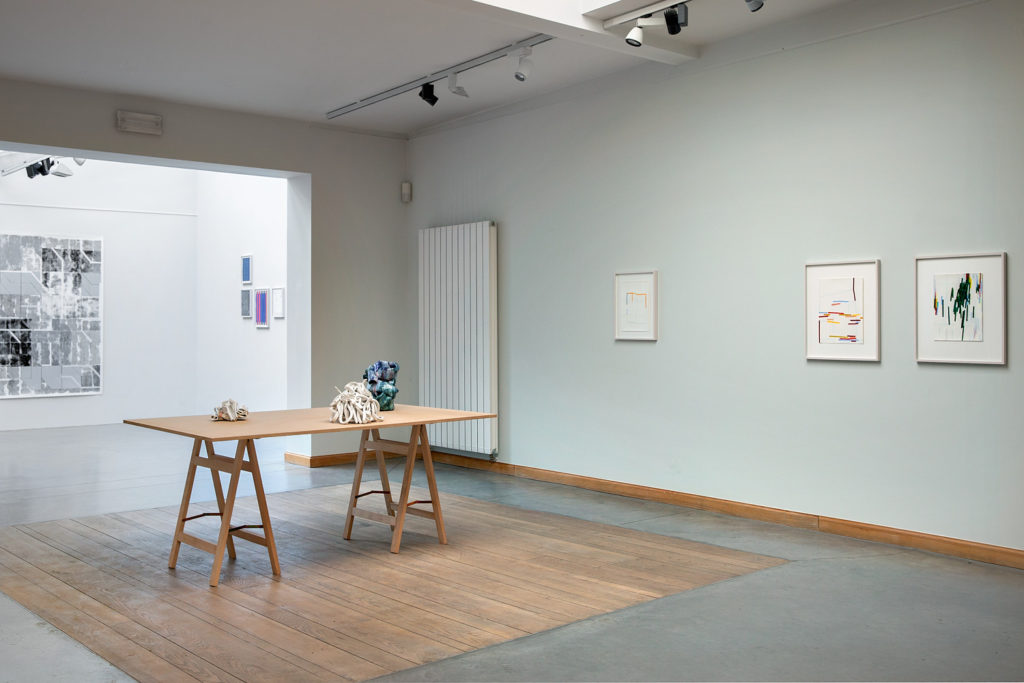 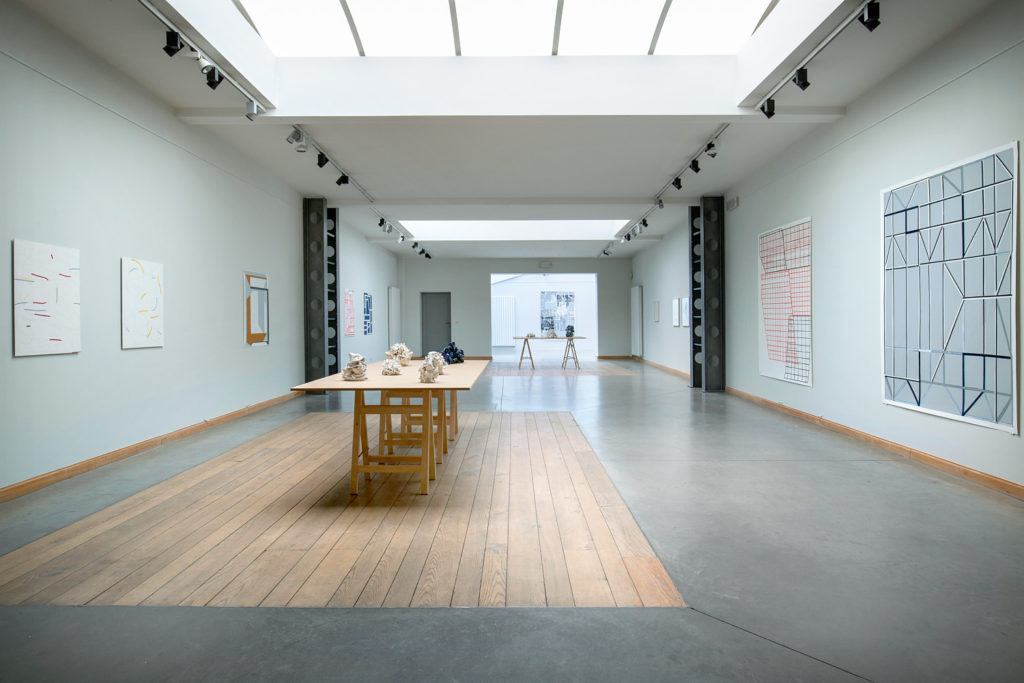 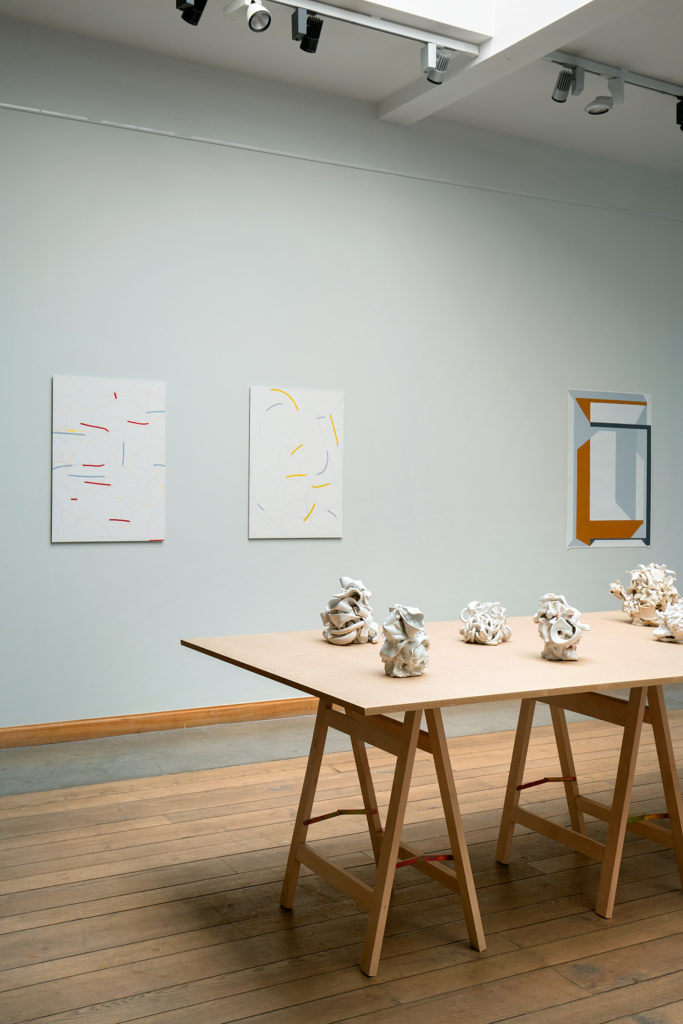 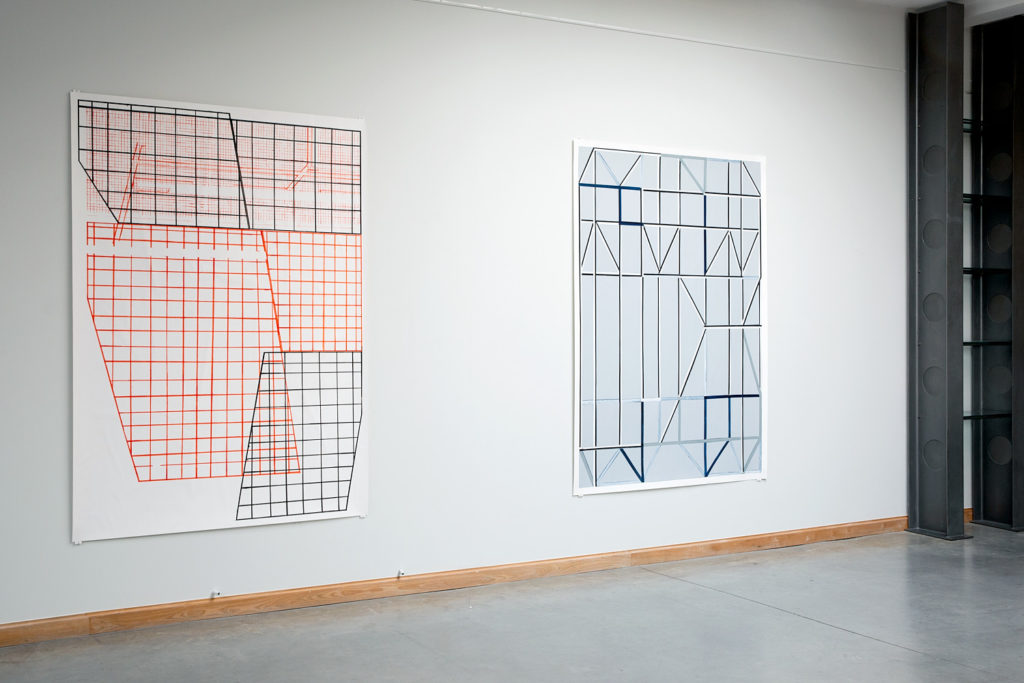 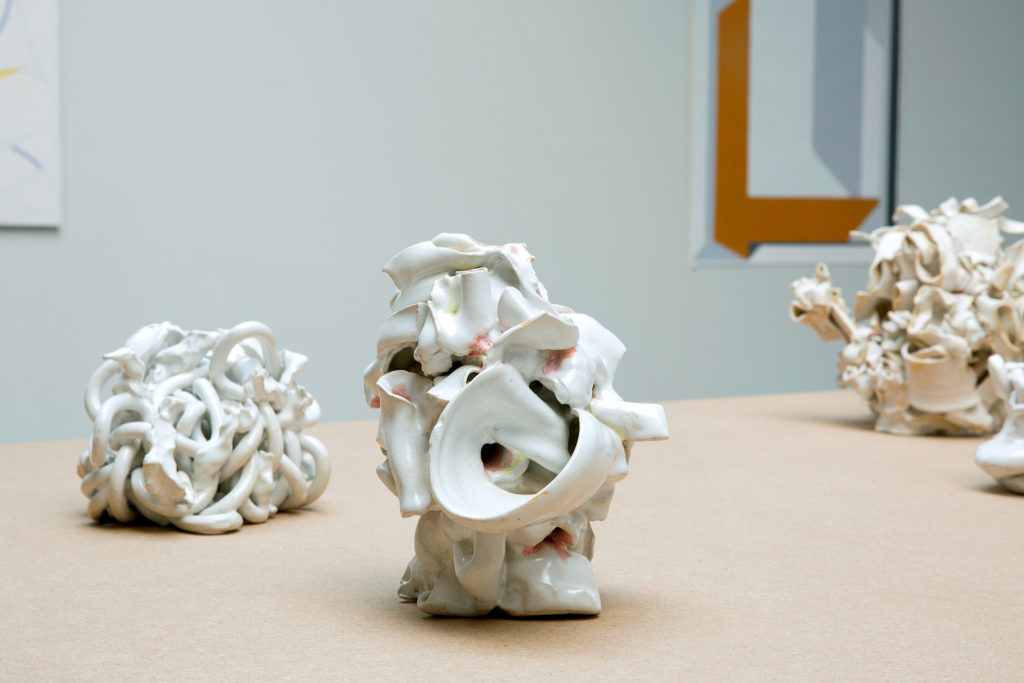 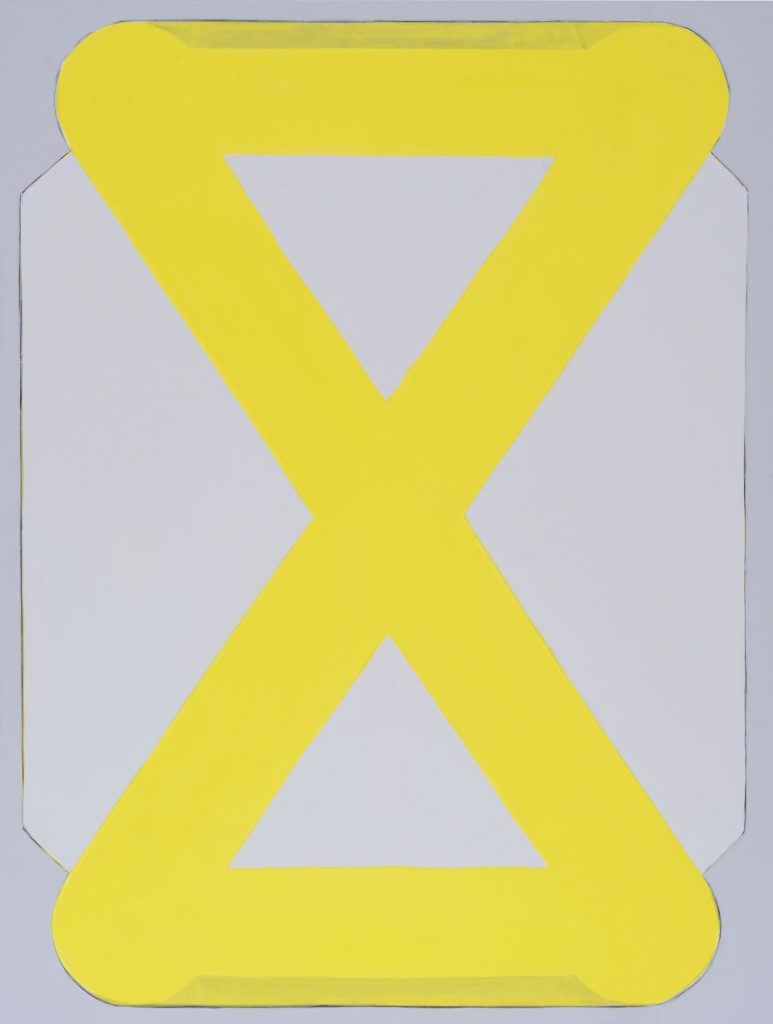 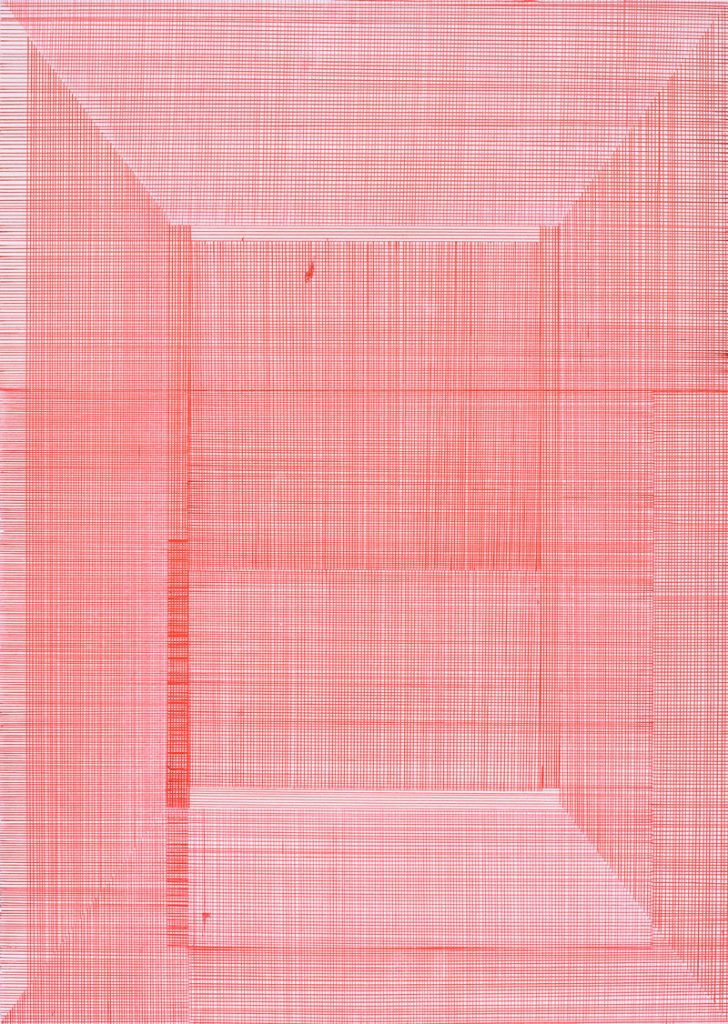 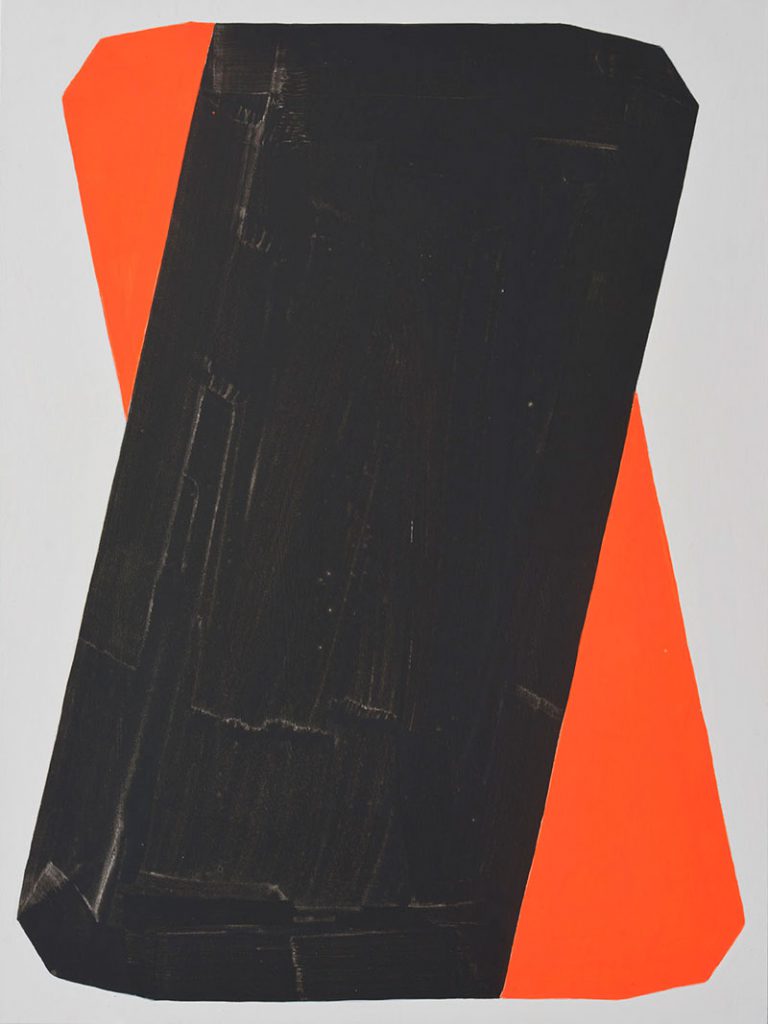 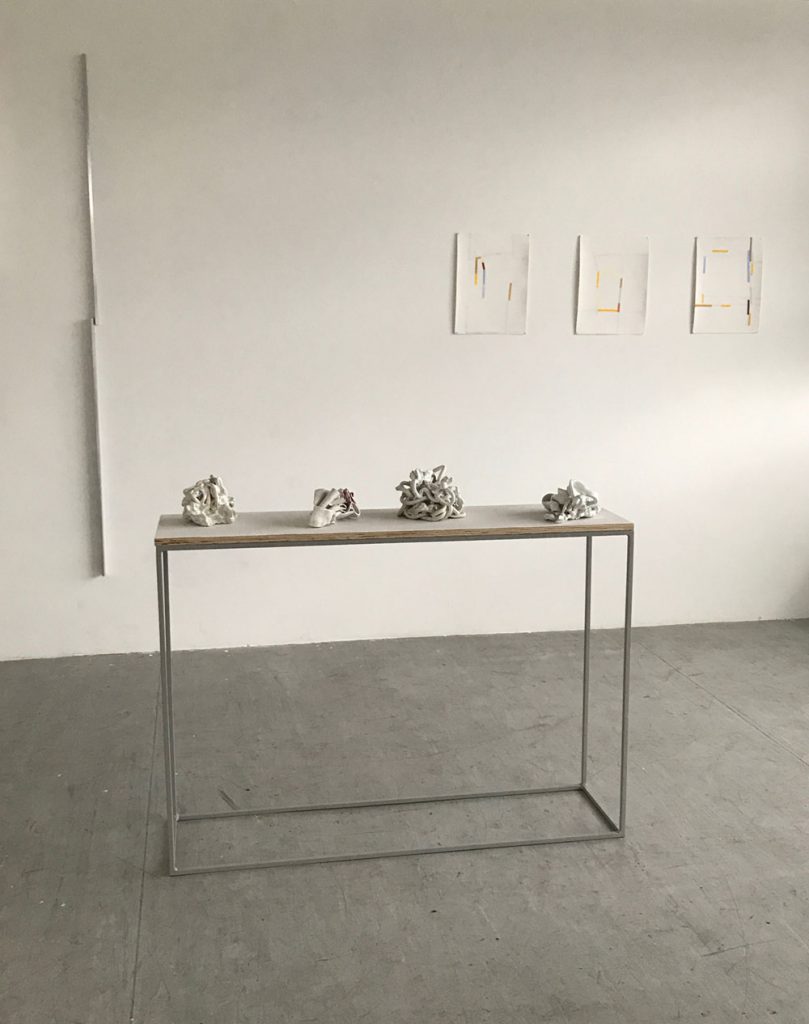